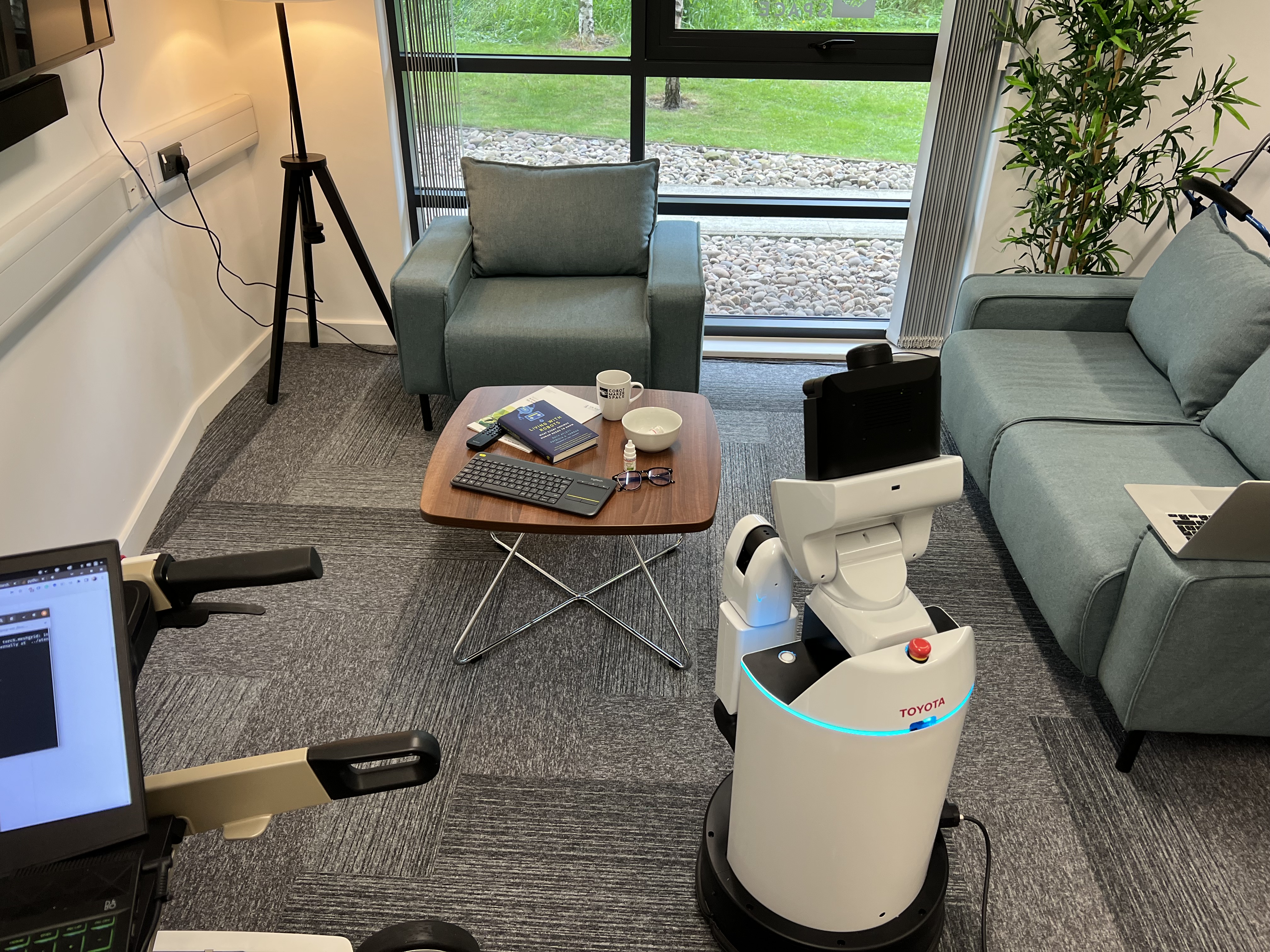 Students from the National Robotarium and the Edinburgh Centre for Robotics, Emanuele De Pellegrin and Ronnie Smith (CARE Group), participated in the METRICS HEART-MET 2022 Field Campaign at the Cobot Maker Space at the University of Nottingham between the 23rd - 27th May 2022.

The team participated in the object and person detection functional benchmarks, and placed first in the latter. The initial field campaign served as valuable opportunity to experience what it is like to take part in such a competition, and to prepare for the subsequent October competition.

They made use of the Toyota Human Support Robot (pictured), which “has a lightweight cylindrical body with an extendable folding arm that enables it to pick up objects off the floor, suction up thin objects, retrieve objects from high locations, open curtains, and perform other household tasks”. Image credit: Toyota Motor Corporation. 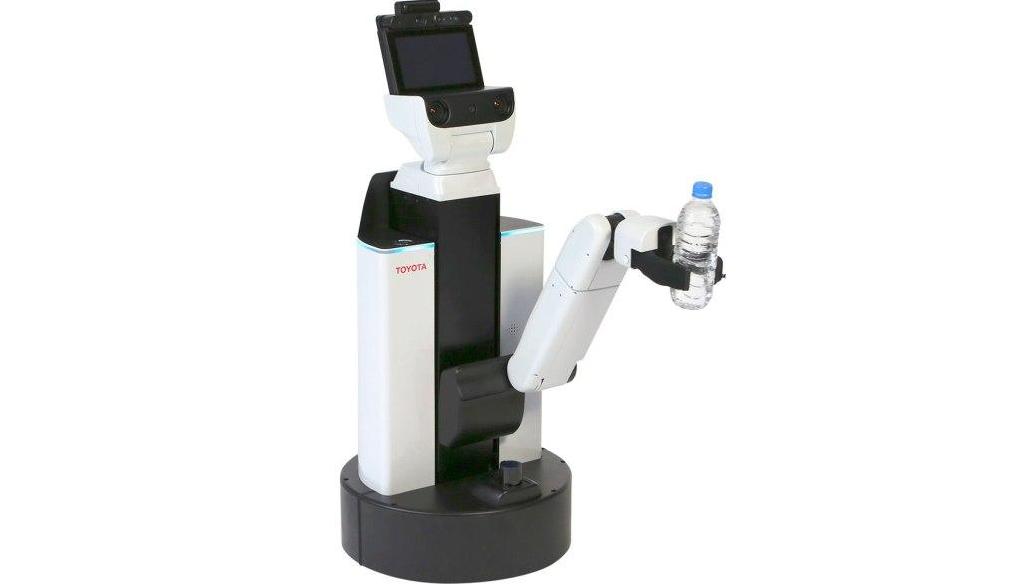 Currently the team are recruiting additional members that will enable them to take part in the wider range of functional and task benchmarks, which include complex tasks such as finding, bringing, and handing over an object from the environment to a person.

We would like to use third party cookies and scripts to improve the functionality of this website.ApproveMore info